Norma® has released its new ECOSTRIKE™ ammunition, bringing the latest in bullet technology to a lead-free projectile. The design features a polymer tip for better ballistic coefficients and more reliable terminal performance. Available in a variety of calibers, ECOSTRIKE is a great choice for hunting medium and large game because of its ability to expand at both low and high velocities.

“With ECOSTRIKE, Norma is ushering in a new era for lead-free hunting cartridges,” said Paul Lemke, General Manager for RUAG Ammotec USA. “ECOSTRIKE delivers the accuracy and terminal ballistics that hunters can rely on, while simultaneously raising the bar for the overall performance of lead-free hunting ammunition.”

Norma ECOSTRIKE is available in the following configurations: 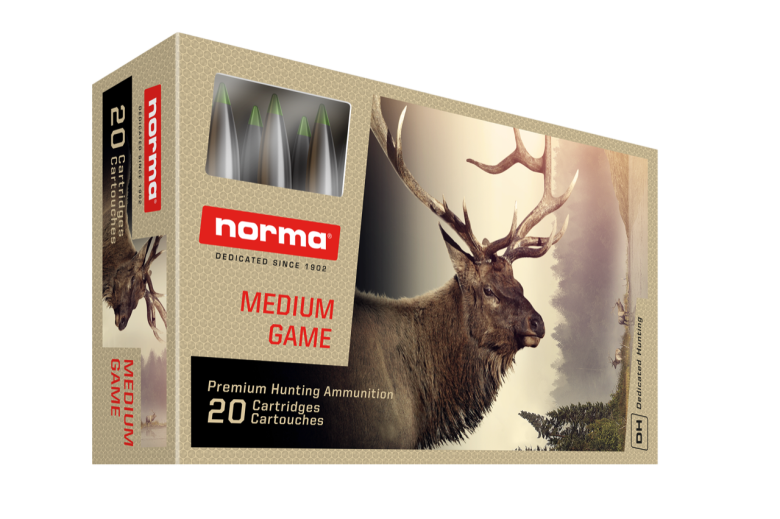 Norma is a registered trademark of RUAG Ammotec, a RUAG Group Company.

Established in 1902 and based out of Amotfors, Sweden, Norma has built a reputation world-wide for its dedication to quality, precision and reliability. Norma’s commitment to delivering trustworthy ammunition for hunters and shooters has been the driving

force in the continual growth and expansion of Norma’s product line-up and manufacturing capabilities. For more information on Norma ammunition and components, please visit Norma-usa.com.

Based in Tampa, Florida, RUAG Ammotec USA, Inc. is a division of Europe’s leading manufacturer of small arms ammunition and OEM components, RUAG Ammotec GmbH. RUAG Ammotec USA, Inc. not only introduces Swiss, German, Swedish and Hungarian hi-tech offerings to the U.S. marketplace, but also leverages European offerings known for precision, reliability and innovation and combines them with disruptive U.S. components, know-how and partnerships to manufacture and deliver world-class small arms ammunition solutions for use by sports shooters, law enforcers and warfighters in the United States and abroad. RUAG Ammotec markets commercial product offerings under the Norma, Geco, Swiss P and Inceptor brands.

RUAG Ammotec belongs to the Swiss technology corporation RUAG Holding AG, which is headquartered in Bern. RUAG develops and sells internationally renowned technology applications in the field of aerospace along with safety and defence technology for use on land, sea and in space. A total of 57% of RUAG's products and services are for civilian use, and 43% are intended for the military market. Its corporate headquarters are in Bern (Switzerland). Production sites are located in Switzerland and in 13 other countries in Europe, the USA, and the Asia-Pacific region. Around 8,700 employees – 430 of them trainees – represent 48 nationalities and generate revenue of around CHF 1.86 billion.