Ft. Benning, Georgia,- After 600 days since the first half of the Smallbore Rifle Olympic Trials and a combined 480 qualification shots, USA Shooting proudly announces its final nominees for the Tokyo 2020 Olympic Games. Mary Tucker, Sagen Maddalena, Patrick Sunderman, and Nick Mowrer are four of 19 total shooting athletes who will represent Team USA at the Olympic Games this summer.

“With an opportunity to compete in the Olympics on the line, this is one of the most stressful matches these athletes will shoot in their career, and they came through with some exceptional performances,” says Matt Suggs, USA Shooting CEO. “In the final Olympic Selection, every one of our athletes that made the team shot a score that would get them into the Olympic finals this summer and after 4800 points, the difference between making the team and not making the team was a difference of only three-tenths of a point.

On the women’s side, Tucker and Maddalena pulled far enough ahead throughout the two-day competition to secure their spot on the team before shooting the finals. The men’s field was an entirely different story as Sunderman and Mowrer had to, and successfully did, put on an exceptional performance in finals. A men’s finals match so nail biting that the margin between Olympic Team versus first alternate was only separated by one point at the end of the entire two-part trials.

Although relatively young, the USA Shooting Olympic Team is more competitive now after taking this past year to rigorously train and significantly increase their world rankings, making the Tokyo Games the most anticipated event for USA Shooting in half a decade. 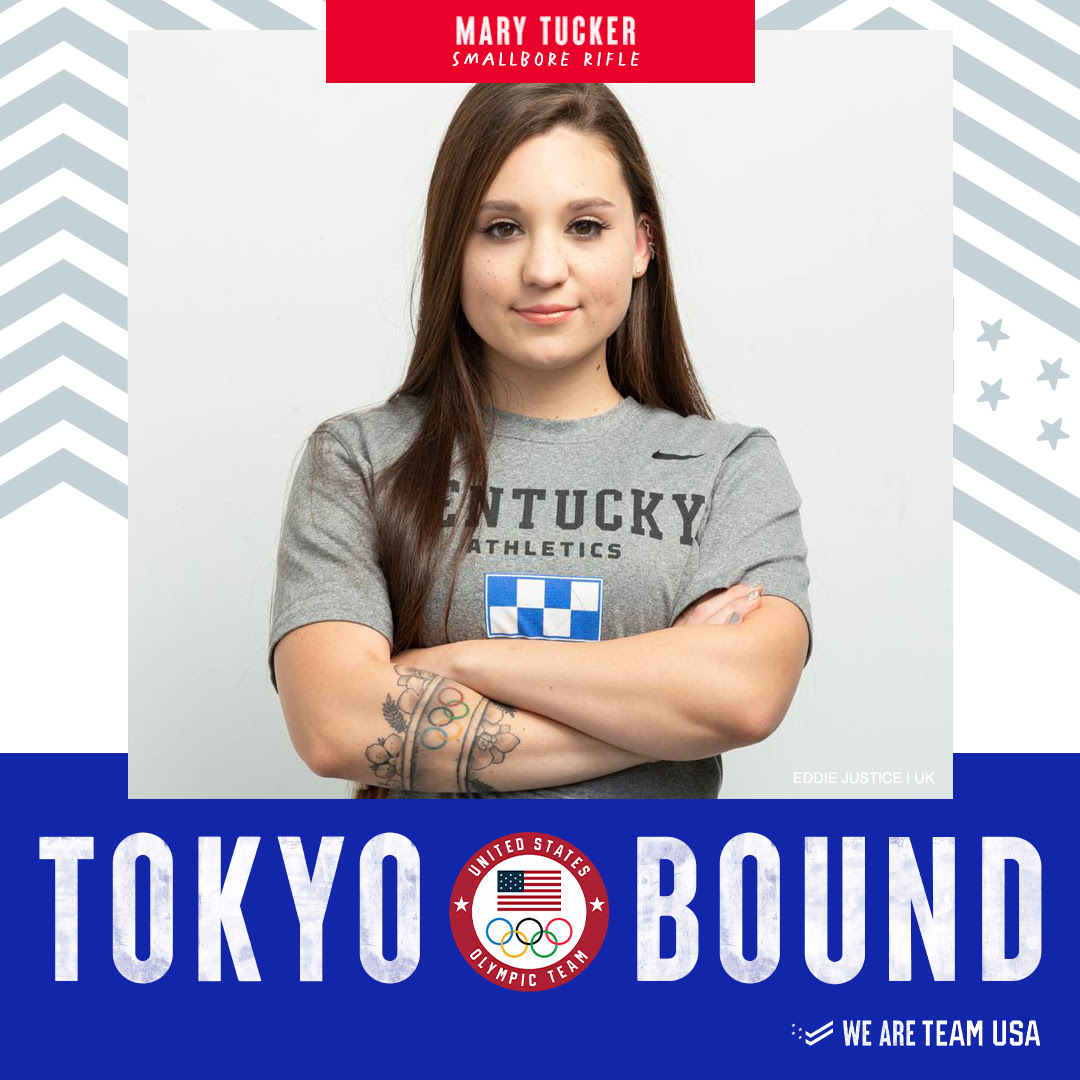 Mary Tucker, fresh off two individual NCAA championships at University of Kentucky, a Junior Olympic Championship, and already named to the Olympic Team for air rifle, will add smallbore rifle to her event list in Tokyo. She’s currently ranked #1 in the world for air rifle and although she’s been shooting smallbore for less time than air, she’s made a name for herself in the past year and hopes to carry that momentum into the 2020 Olympic Games. 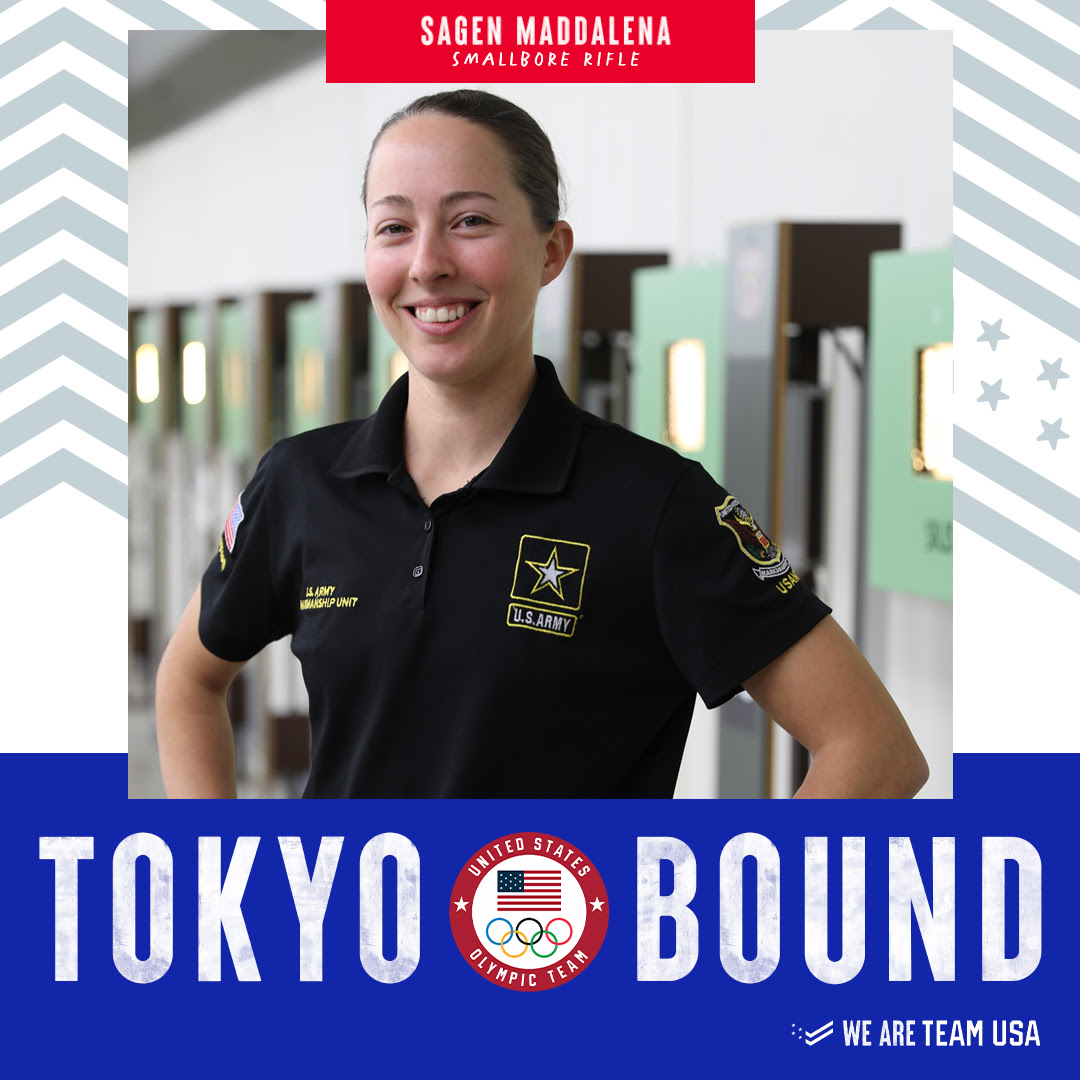 Sagen Maddalena won an Alternate spot in the air rifle event in March 2020, and officially punched her ticket to Tokyo on the women’s smallbore rifle team in May 2021. The Groveland, California native previously competed at University of Alaska Fairbanks and as a member of the World Championship Team in 2014 and 2018. She’s currently a member of the United States Army Marksmanship Unit (USAMU). 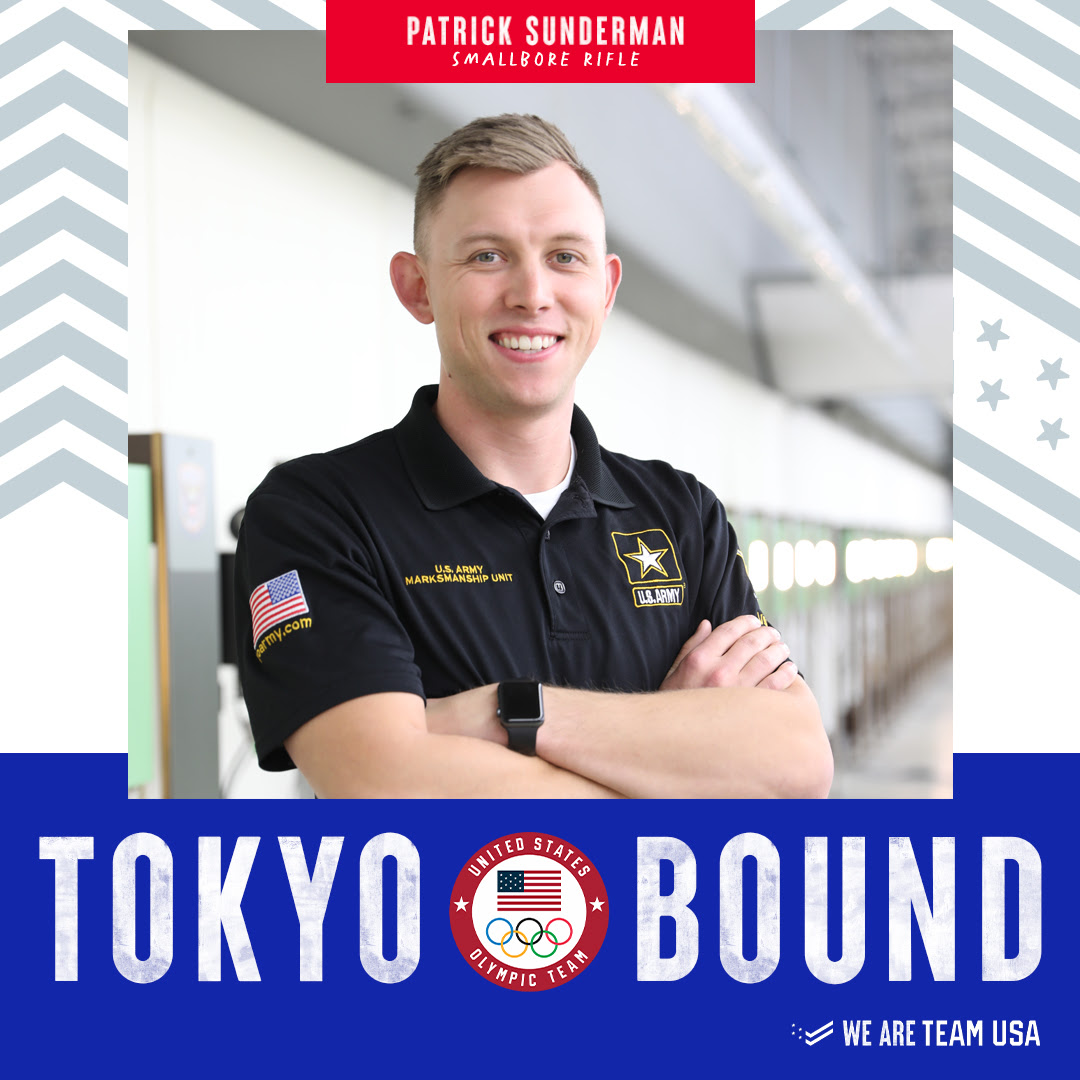 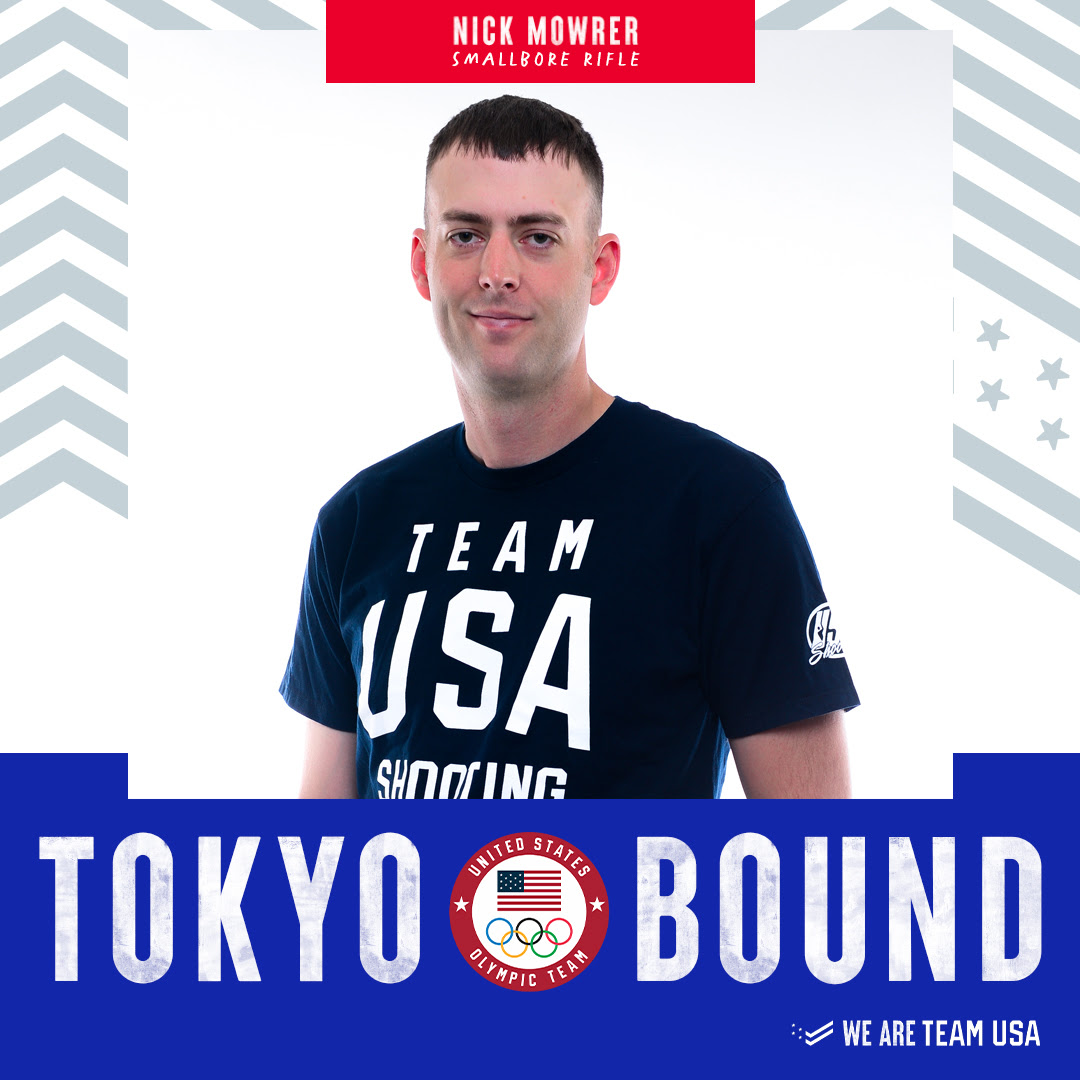 Rounding out the roster is Nick Mowrer who is the first and only American athlete to reach the World Cup podium in both the pistol and rifle disciplines. In addition to the men’s smallbore event, Mowrer will also compete in men’s air pistol and mixed team air pistol in Tokyo 2020. The Games this summer will be his second Olympic appearance as he competed in the free pistol event in London 2012.

USA Shooting, a 501c3 non-profit corporation, was chartered by the United States Olympic and Paralympic Committee as the National Governing Body for the sport of shooting in April 1995. The organization implements and manages development programs and sanctions events at the local, state, regional, and national levels.

Headquartered in Colorado Springs, Colorado, at the U.S. Olympic & Paralympic Training Center, USA Shooting has a full-time staff dedicated to furthering the sport and supporting athletes and members of the organization. The organization has a USA Shooting News magazine publication, as well as public and member specific web sites.