Kill Some Bass, Improve Your Fishing

While the headline of this story is likely to raise bass angler hackles pretty much everywhere, biologists across the southeast are finally starting to suggest that the idea is not as nuts as it sounds.

While anglers have had it drummed into them for the past 50 years that catch-and-release fishing makes for great fish populations, it’s becoming pretty clear that many waters, particularly in the fast-growth South, are overpopulated with small largemouth and spotted bass, and that some harvest might result in more large fish.

Jason Olive, Assistant Chief of Fisheries for the Arkansas DNR, is one of the more outspoken advocates of tossing a bunch of two pounders into hot grease instead of back over the side.

Olive’s theory, in agreement with the majority of fish managers today, is that many lakes are much like a limited acreage of forest, where researchers long ago established the fact that a certain amount of habitat can support only a limited number of whitetail deer, among other species. Too many deer eat themselves out of groceries pretty quickly and body condition, reproduction and antler growth suffer.

The same idea applies to many bass lakes, where anglers have been religiously putting back tens of thousands of bass over many decades.

While releasing all bass probably does result in faster action in terms of fish caught per hour, the quality of those fish is not what it could be on many lakes.

The issue is particularly acute in waters where spotted bass thrive—on some of these usually deep and clear impoundments, it’s possible to catch 50 to 100 bass in a day, but fish over 2 pounds are a rarity. (One exception currently is Lewis Smith Lake in Alabama, where illegal stocking of blueback herring about a decade ago provided a new food source and has grown a generation of big spots—but that’s the exception, not the rule.) 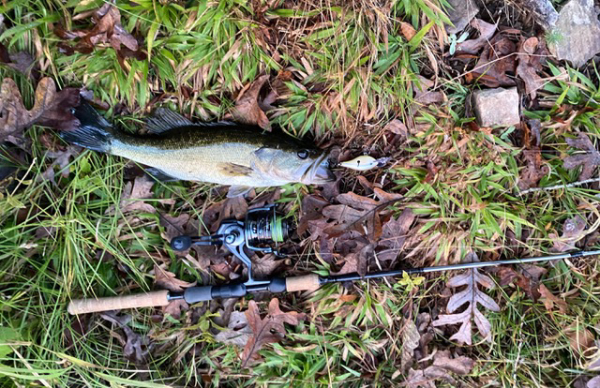 Small bass like this one can do more harm than good if released back into a lake where there are already too many mouths to feed. (Frank Sargeant)

There’s also an issue with largemouths on many lakes, where high populations of small bass wipe out the bluegill fry each year before they can grow large enough to provide good fodder for larger bass. Unless there are plenty of other baitfish in the lake—shad, for example, or threadfins--not many fish reach the 3 to 4 pound class, fewer still get into the 8-pound trophy class.

(It should be noted that Olive said added harvest is NOT a suitable strategy for smallmouth in streams or in many lakes, however.)

Fishery management experts at Alabama’s American Sportfish Hatchery, a stocking and pond management company in Alabama, recommend taking ALL 8- to 10-inch bass caught, and even all up to 16 inches where legal to improve the number of larger fish.

While this strategy won’t do much good if a lot of anglers don’t buy in, it could have a major impact if we all shifted gears and began to apply it, in the way that many land managers now harvest dozens of does off their property each year to keep their whitetail herds prime.

Not only that, but small bass in general are a lot better tasting than larger, older fish—they’re not as tasty as crappie or bluegill in my experience, but from many lakes they’re very good.

While it may seem a stretch from today’s almost universal strategy that every live bass is a treasure, on many lakes it might be time for us to consider “kill” tournaments in which the fisheries commissions lift the bag limits and all the hundreds of anglers who hammer big lakes like Guntersville turn out to target small bass maybe one weekend a month.

The fish could either be kept by the anglers, or maybe commercially processed and given to local food banks.

I know, it sounds blasphemous, but so did shooting does about 40 years back, for those of you who can remember . . . .