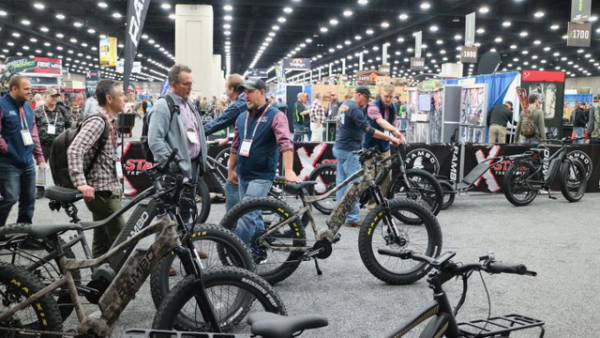 We’re not able to test ride eBikes the way we could at Archery Trade Shows past (above), but plenty of equipment and new products are rolling out, like Swarovski’s new EL range finding binocular being explained by Swarovski’s Wolfgang Schwarz (below). 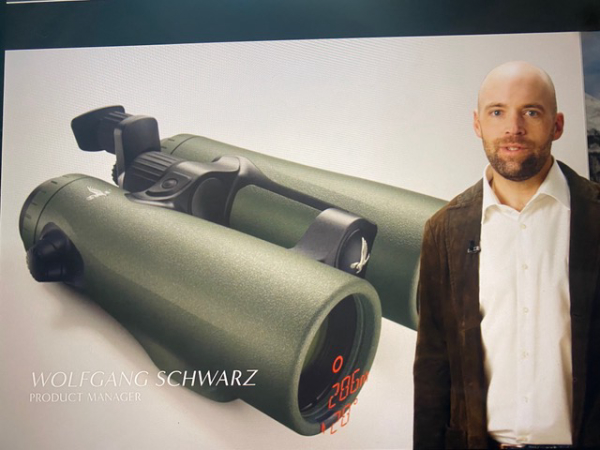 At the first session of the day, Swarovski took what it called a “deep dive” into the idea that “connection” -especially to nature-might be more important today than ever before.

“Today,” it was explained, “150 million more people around the world say they’re watching nature than before the pandemic.” That encouraged them to carry the connection idea across their product lines. They’ve come up connections for what they call today’s “hybrid world” combining their digital announcements with news that their innovative mobile experiences (well received in 2020) would expand for 2021. All part of their recognition of the need to, well, connect with new comers to hunting, birding and the overall outdoor world. 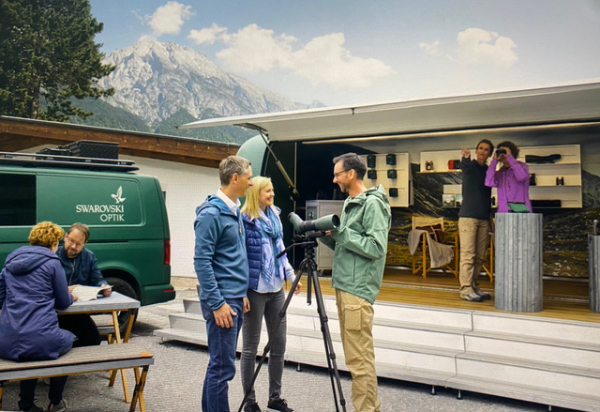 Swarovski used a digital rollout to announce the planned expansion of their decidedly “analog” campaign of taking mobile optical experiences to potential customers.

After three or four new product seminars, you realize that the new world this “hybrid” world, despite having some noticeable drawbacks, might not be all bad. Sure, I’m sorting through screen grabs rather than photos, but as is the case in every previous trade show season, I’m writing about new products later in the afternoon than I’d prefer, with the “regular” prep work to be done.

Other differences are pretty significant: I’m in comfortable clothes, my feet don’t hurt, and I’m not battling early-onset laryngitis from yelling over the thousands of other people who have walked on my feet, jostled my drink onto my sleeve, and made me late for more than one meeting. And my exercise app isn’t telling me “you’re killing it today” because I’ve walked 5-8 miles already.

Digital rollouts may become my preferred way for new announcements. They’ll never replace actually going hands-on with them in field testing, but those events are for considerably smaller groups.

My hearing makes “normal” public product introductions and educational seminars virtually worthless. If I don’t get directly in front of an amplified speaker, I either can’t hear what product managers are mumbling, or can’t translate the shorthand they insist on using.

For digital rollouts (I saw three yesterday), I can either wear AirPods or Walker’s bone conduction headsets. They connect to my computer - or iPad - and I simply crank the volume up to the point I can hear. Without offending everyone around me -or risking the embarrassing squeal of overworked hearing aids. Both have happened. And my desk chair’s very comfortable.

Swarovski’s product introductions brought home the fact that, despite all the disconnection we’re experiencing in life today, connectivity is crucial in today’s outdoor world.

Their new EL Range binoculars, for example, reflect revisions that come from talking with customers. One optional, for example, creates a resting/stabilizing point on your forehead. When using them with one hand (usually the dominant hand if you’re a righty), it gives you a second stabilizing point as your other hand holds your bow or rifle. When using both hands, it stabilizes your hold like the third leg of a stool.

Digitally, the new EL Range connects with your phone to exchange information, including a new trail connectivity that uses your phone, compass and range finding to actually help keep you on the correct path between two points (think from where you fired at an animal to where the shot impacted). “It won’t replace dogs or blood trails,” said Schwarz, “it’s more like an airbag. You won’t always need it, but when you do, you’ll really appreciate it.”

The connectivity idea also carries over into their new ds/Generation II riflescopes. You can customize the viewfinder with a choice of reticles and information on everything from rifle cant to individual rifle profiles and bullet holdovers. 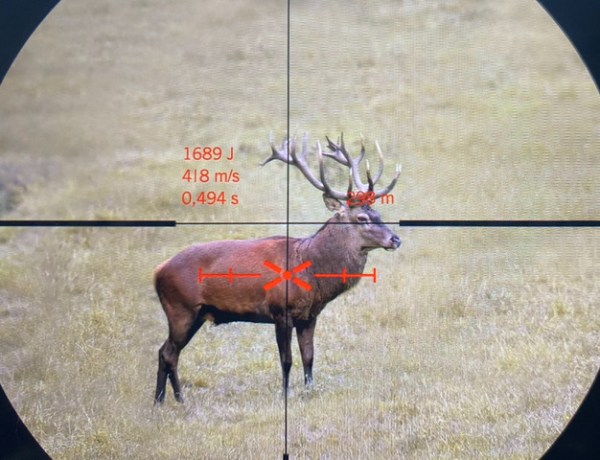 Swarovski’s new Generation II riflescope can be customized to include several bits of information, including the automatic holdover calculation. If you’re more “casual” about your outdoor observations, you might consider their new CL Pocket binoculars (below). 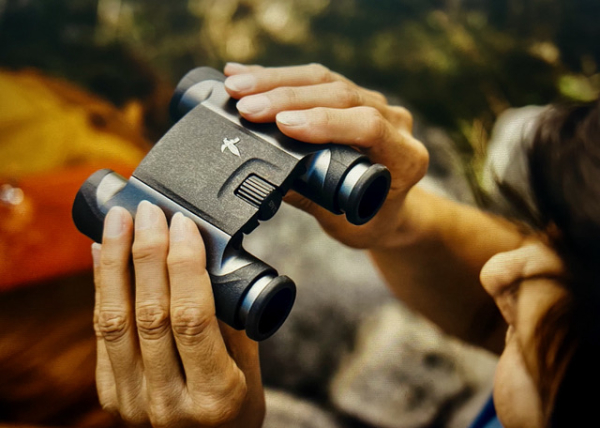 If you’re more into casual outdoor activities, their new CL Pocket binoculars might be right up your alley. They’ve been given some mechanical redesign this year (better armoring, new focus wheel), but still have the same light transmission. Whether it’s their 8 or 10x version, they’re light, compact, and very bright.

Deep details (specifications, technical information and pricing) weren’t provided in yesterday’s rollouts, but will be available in the news releases we’ll have soon. Without trying to translate euros (I couldn’t connect a second North American brief) into dollars, I can say this gear will represent investments in your equipment. They’re not outrageously expensive, but they’re certainly not inexpensive, either.

As always, we’ll keep you posted.