Just The Facts: and Some Good Eco-News

When you read the daily news, little is said about the environment, except for Crises. Remember when the daily news had stories about fishing, hunting and sport shooting that encouraged people to participate? Fox News is about the only major online daily news with a regular daily section about the outdoors https://www.foxnews.com/great-outdoors , but crises, crimes and calamities predominant that section. So, hooray for the Outdoor Wire where good outdoor news predominates!

Crises aren’t new to environmental journalism, but before Earth Day 1970 they were rare. For example, in the 1960’s the Detroit River was declared a public health hazard, and there was eight times the national average of chronic respiratory diseases in that area, yet little was said in the news about these problems, except when the River Rouge caught fire in 1969. 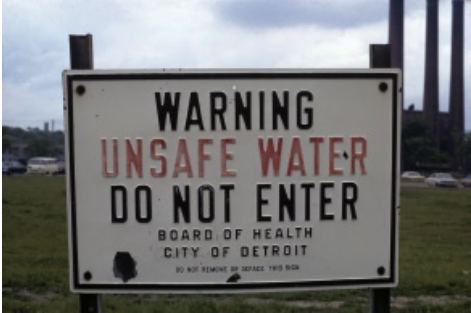 Then Earth Day 1970 came and  air and water pollution in Detroit made the headlines. People realized what the consequences were where they were living, and action began. Today the air and water in the Detroit area are very clean, there’s an international wildlife refuge in the Detroit River, and the river has become the walleye fishing capital of the world. Not enough gets said about such positive things in the news.

News stories can be about the past, present and future. Making future predictions that are accurate can be a challenge.

Predictions are almost never fool proof, but maybe the ORRC prediction set the stage for around Earth Day 1970 when some “experts” issued long range predictions, such as:

“civilization will end within 15 or 30 years unless immediate action is taken against problems facing mankind.”

“The death rate will increase until at least 100-200 million people per year will be starving to death during the next ten years.”

“It is already too late to avoid mass starvation.”

“At the present rate of nitrogen buildup, it’s only a matter of time before light will be filtered out of the atmosphere and none of our land will be usable.”

“The world has been chilling sharply for about twenty years. If present trends continue, the world will be about four degrees colder for the global mean temperature in 1990, but eleven degrees colder in the year 2000. This is about twice what it would take to put us into an ice age.”

“in 25 years, somewhere between 75% and 80% of all the species of living animals will be extinct.”

I could go on about Earth Day 1970 predictions. Many were dead wrong.  http://www.aei.org/publication/18-spectacularly-wrong-apocalyptic-predictions-made-around-the-time-of-the-first-earth-day-in-1970-expect-more-this-year-2/  Inaccurate crisis predictions don’t build trust. 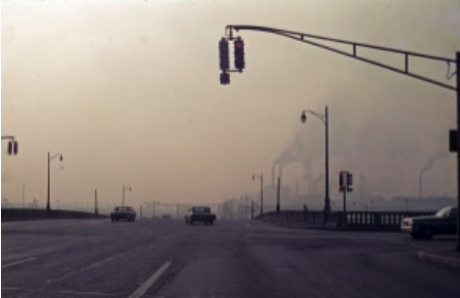 Incidentally, regarding starvation predictions, the current news is that over a billion tons of food are wasted every year.  https://www.bakersfield.com/ap/national/billion-tons-of-food-being-wasted-each-year-can-we/article_30886ffe-de1c-5a0f-9ec6-a9a65484bcb0.html  That’s the real human environmental problem with food.

This is the Information Age when most people spend at least seven hours a day watching electronic screens, and the news on those screens is 10-17 times more negative and sensational news than objective.  Sociologist Barry Glassner writes in his best-selling book The Culture of Fear: Why Americans Are Afraid of the Wrong Things,  https://www.amazon.com/Culture-Fear-Americans-Minorities-Microbes/dp/0465003362 we are being bombarded by negative news that’s often inaccurate. It’s misleading us, and its causing depression and anxiety.

Global warming, mass extinctions, starvation, air and water pollution, plastic pollution, etc.; these crisis stories get the headlines but how much of this is really true and how do these stories affect us? A recent Gallup poll found only 21% of the general public believes that they can fully trust the news.

The untold story is that environmental quality in the US is significantly improved since Earth Day 1970.

Nonetheless, I confess that in addition to the Outdoor Wire I read the daily news and recently I’ve seen glimmers of truth and hope.

(1) Global warming is certainly a serious matter, but let’s be sure what’s actually going on. In California some people have been claiming that the Pacific Ocean’s getting warmer due to global warming and its killing off life in the ocean. A couple days ago a new report said that water in the Pacific Ocean is getting colder, fish and whales are coming back, and El Nino has been the primary cause of warmer water, not climate change. https://www.sandiegouniontribune.com/news/environment/story/2019-08-27/sd-me-fish-blob-ocean-warming-humpback-whale-sea-lion-el-nino

(2) Another current crisis story is the conflagration in the Amazon rainforest  destroying oxygen and hastening global warming. (PHOTO #3) The Amazon forests are crucial to global ecology and local indigenous tribes, and millions of dollars have been pledged to help deal with the fires, but Michael Shellenberger reports that there are actually fewer Amazon forest fires this year. https://www.forbes.com/sites/michaelshellenberger/2019/08/26/why-everything-they-say-about-the-amazon-including-that-its-the-lungs-of-the-world-is-wrong/#98da8c35bde0

He also points out that certain groups are using sensationalism to get attention and help them get funding. https://www.forbes.com/sites/michaelshellenberger/2019/08/28/how-the-eu-greenpeace-and-celebrities-dehumanize-the-amazon-and-worsen-fires-and-deforestation/#3af063f62a16

The Information Age has become The Age of Crises. If you want a good book that exposes environmentalism’s shadow, read Michael Crichton’s novel, State of Fear. It reminds us of Eric Hoffer’s famous statement:  “Every great cause begins as a movement, becomes a business, and eventually degenerates as a racket.”

(3) Predictions of mass extinction have flooded the news. Some species like sage grouse need help, but we have millions of deer, turkeys and waterfowl, increasing numbers of bears and wolves, and millions of non-native wild boar and Eurasian collar dove. According to NOAA Fisheries, since 2014 all overfishing in US waters has ended and fish stocks in US waters are recovering and doing well.

Is mass extinction actually happening? Ask Stewart Brand who gave us the Whole Earth Catalog.  https://aeon.co/essays/we-are-not-edging-up-to-a-mass-extinction  Brand points out that most of the species threatened with extinction are insects and subspecies living on small isolated islands. He’s also says people are working on restoring extinct species like passenger pigeons and wooly mammoths.  Ted Talks by Brand about mass extinction predictions  https://www.ted.com/talks/stewart_brand_the_dawn_of_de_extinction_are_you_ready?language=en  and  “environmental heresies” https://www.ted.com/talks/stewart_brand_proclaims_4_environmental_heresies?language=en are definitely worth checking out.

(4)  Some argue that logging  is contributing to global warming.   https://www.nationalgeographic.com/environment/global-warming/deforestation/

According to USFS some forests are dangerously overgrown, and if they catch fire, like what swept across California last year these conflagrations effect global warming. https://www.kqed.org/science/1930512/dangerously-overgrown-forests-may-revive-logging-industry

Actually, since 1907, the percentage of US forested area has remained relatively stable, US forest tree growth now exceeds cutting by 37% and more trees are being planted each year than are harvested. Some foresters say that thinning forests is essential for forests to survive. http://www.hansenwoodlandfarm.com/thinning-forestland.html

I could go on. Anxiety disorders are now the most common mental illness in the U.S., affecting 40 million adults in the United States age 18 and older. https://www.pnas.org/content/115/43/10953  Many professionals find that news about climate change is causing measurable “Climate anxiety.” https://people.com/health/climate-change-anxiety-affecting-americans-mental-health/

The bottom line is that exaggerations and horrific predictions can cause great harm. According to Wooster College psychology professor Dr. Susan Clayton: "The psychological responses to climate change such as conflict avoidance, fatalism, fear, helplessness and resignation are growing.”…  "These responses are keeping us, and our nation, from properly addressing the core causes of and solutions for our changing climate and from building and supporting psychological resiliency."

Some Antidotes for Eco-Anxiety

Remember when a hole in the ozone layer was going to cause a global disaster? People got organized and now the ozone layer is closing. https://www.newsweek.com/nasa-hole-earths-ozone-layer-finally-closing-humans-did-something-771922 How much attention is being given to that accomplishment? Environmental conservation is very important, but we need to question what the news is saying about the environment and balance crisis predictions with honest positive eco-news, which is a true rare species.

Aside from The Outdoor Wire, mainstream media isn’t showing hunters, fishermen and sport shooters as heroes, even though they’re a prime conservation force and an inspiration for enjoying the outdoors.   RMEF, DU, Quality Deer Mgt., FNAWS, Pheasants Forever, Trout Unlimited, etc. all deserve a lot more credit. We badly need news stories about conservation heroes and creativity, instead of making dire predictions that are dead wrong.

. I want to suggest one example of eco-heroism and creativity that deserves a lot more attention. A very serious social problem nation-wide is hundred thousands of homeless people living, sleeping and defecating in the streets, and many are drug addicts. Some homeless live in parks and recreation areas, destroying nature beauty, piling up trash and sometimes causing fires. https://www.vice.com/en_us/article/gqme43/homeless-are-flocking-to-americas-forests-but-its-damaging-the-land

In 1935 Franklin Roosevelt created the WPA to use people out of work help conservation. https://en.wikipedia.org/wiki/Works_Progress_Administration What about something like WPA today for the homeless?

If homeless are used to help conservation, then where would they live? Living in cars and trailers is possible, but some don’t even have tents. Providing places for WPA people to live cost a lot of money. Right? Not necessarily.

A few years ago I met architect Nader Khalili who’d once been a very successful corporate architect, but one day when he was inspecting office buildings that he’d designed, he encountered some homeless people. This forced him to ask if he could do anything to help them.

Khalili then was living in the semi-desert of Hesperia, California. His solution was to build inexpensive dome shelters with dirt.  https://www.calearth.org/intro-superadobe

Constructing these domes is simple, fast and dirt cheap. All you need are:    synthetic, low UV (ultra-violet) resistant degradable sand bags, four-point-two strand- galvanized barbed wire, shovels, tampers, soil and water. Sandbags are filled with moistened earth and arranged in layers. Strands of barbed wire are placed between each layer of sandbags for reinforcement. Stabilizers such as cement, lime, adobe, or asphalt emulsion may be added.

Khalili’s Superadobe building system (U.S. Patent #5,934,027) has passed building codes and severe earthquake code tests in California. His designs have been endorsed by the United Nations.  yet few people in the US know about these domes.

A Japanese friend of mine, Akio Inoue, came to visit the US. I told him about Khalili’s domes. Inoue visited Khalili and got so excited that he brought in a film crew to take the idea back to Japan. Today Earth Domes are used in disasters and for homeless in Japan. Inoue shared the method with others. Now those domes are found in many countries in Asia and Africa. http://www.greenhomebuilding.com/articles/akioinoue.htm

Superdomes could definitely help the homeless problem, and in places where fires ravaged California, why not build earth dome communities and let homeless people live there, receiving water, food, sanitation, shelter,  and a minimum wage in exchange for cleaning up debris, building trails and thinning forests?  Forest management experts say that we’ve held back forest fires and the forests need thinning to help trees growing and reduce fire hazards, and the fires are the real climate change problem. https://www.kqed.org/science/1930512/dangerously-overgrown-forests-may-revive-logging-industry

Why this incredibly beautiful, simple, efficient, economical, practical, seismic, dirt cheap and fire-resistant building technique isn’t more widely used in the US is a mystery. Could it be that it doesn’t create new crises?