Combat and Loss of An Icon

There is a pitched battle underway in Washington. Unlike the “frat boy revolution” that some are still trying to reshape into a bloodier version of the Battle of Bunker Hill, the skirmishes aren’t getting the kind of coverage they deserve.

Why’s that? Because we have battles underway that fit the anti-gun narrative about as well as World War II fits the description of a debate.

The Biden Administration has moved to begin their “reset” of America.

However you try to spin it, it is absolutely not a shift to the kinder, gentler, administration many tried to convince us would follow the Trump administration. Quite the contrary.

While this administration has promised equality for all, it is working to punish supporters of the Second Amendment.

By now, some of you are headed for your computers to begin your “I didn’t subscribe for political commentary from an outdoor news wire” response.

You certainly did not. And I didn’t start it so I could write political commentary.

Sometimes, the facts in a matter leans into political commentary. The Biden “reset” qualifies.

The fact is, millions of first-time gun buyers tell you they doubt the sincerity of the “reset”…

If asked why they suddenly felt the need to own a gun, the answers echo those “desperate old clingers” who still believe law and order better than anarchy and chaos. These new gun buyers are a virtual cross-section of the country voted. They all voted a lack of confidence in this “reset” with their purchases.

In the meantime, the Biden administration ordered the ATF to redefine their rules to the point that, if the new interpretation of the pistol brace isn’t withdrawn, millions of gun owners will instantly become felons. Or they’ll be forced to register or surrender the aforementioned braces. Since the conservative estimate of people impacted by that change is in the millions, it’s not as if the administration is working to include law-abiding gun owners in the “reset.” Instead, they’re continuing their efforts to criminalize millions of law-abiding gun owners.

Then there’s the nomination of former federal agent David Chipman as the proposed head of the ATF. His nomination is being described as everything from “payback” to the anti-gun groups that supported the Democrats to a declaration of war on law-abiding gun owners.

Yesterday, the Conservative Action Project took their swipe at the Chipman nomination, with more than 100 thought leaders signing a “Memo for the Movement” saying Chipman has a “long history of misconstruing key details of how firearms work, and has laid out an aggressive anti-gun ownership platform.”

The Biden Administration doesn’t seem inclined to listen. Even the vehement opposition of moderate Democrats doesn’t appear to have fazed Mr. Biden. As it stands today, only three of those moderates refusing to support Chipman mean he will be denied confirmation.

With the comment period open on pistol braces, there’s not much doubt that millions of Second Amendment supporters will go on record as opposing the reclassification. Yet, there’s no reason for being cautiously optimistic that this administration will reconsider based on something as inconsequential as the desires of the citizens.

None of this sounds like a willingness to work with anyone who dares disagree. Actually, it sounds like someone who’s either spoiling for a fight or believes his opposition will fold if/when things “get real.”

A few days ago, the shooting world lost a good friend with the passing of Michael “Chip” McCormick. From his emergence as a world-class shooter through his creation of Chip McCormick Custom, LLC, he created a reputation for being a straight-shooter by any definition.

I didn’t know him well, but well enough to know he was “as advertised.” Someone who did know him well is the legendary Bill Wilson of Wilson Combat. He and Chip were contemporaries and a friendship that’s about four decades long. He wrote a piece “The Passing of An Icon” that described that relationship. I asked for his permission to share it with you and he agreed. 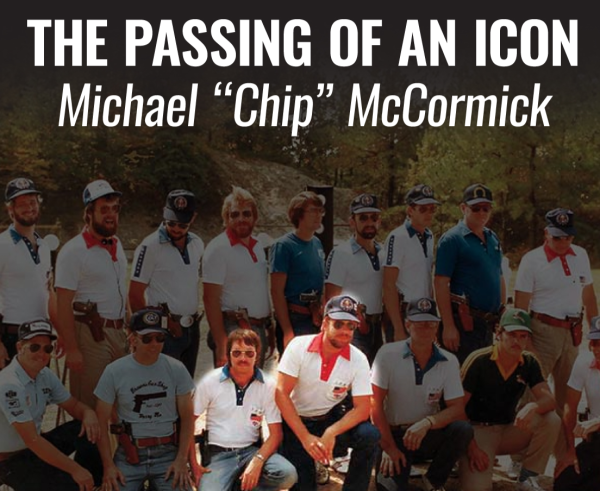 The Passing of An Icon: Michael “Chip” McCormick

Michael "Chip" McCormick and I met at a match back in 1981 and quickly became friends. At that point, neither of us had two cents to rub together, but we both had an intense desire to shoot matches and excel. While we began as competitors on the range, we eventually became competitors in business, all the while remaining good friends with mutual respect.

Years later from the time we met, Chip told me something I hadn't realized at the time, his comment was something like this; "Remember back in the early 80s when you bought me dinner at the XYZ match? Well I want to tell you I had NO money then and was not going to even eat that day, I just want to thank you again."

Looking back, we were so poor we didn't even realize it - staying at Motel 6 and eating at McDonald's in order to be able to attend matches. From this humble beginning, Chip went on to become one of the top shooters of the era and a very successful businessman that was revered within the firearms industry. He did this with hard work, business risk-taking, and honesty. If Chip told you something, you knew it was true and you could take it to the bank so to speak.

When Chip decided to retire and sell Chip McCormick Custom LLC, he called me first, I took this as an indicator of how strong our friendship was through all the years and we quickly made a deal for the sale. In some ways, Chip was a maverick, but to those of us who knew him well, he was just a down-to-earth good ole Texas boy that will be deeply missed by all who knew him. 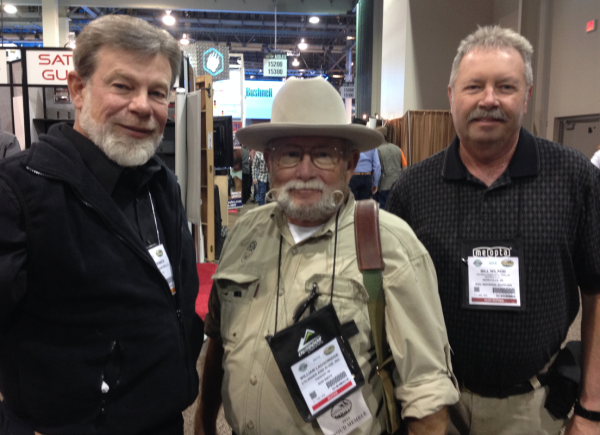