Ok, so it turns out there are actually some people who are mosquito magnets.

I have always believed this anyway, because I can be sitting there swatting and swearing in a sweatsuit while everybody else on the boat is lounging in their swimsuits and not getting the first bite—from mosquitoes—they might be loading up on fish.

When it comes to snook fishing in the Everglades, forget it. They have in a few cases just about lifted me off the ground and carried me back to their lair to eat at leisure. 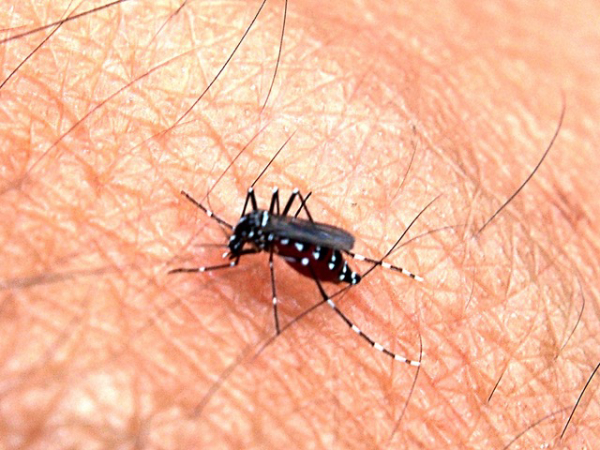 The few scientists left who are not busy predicting the world will end next week due to global warming have done a study on why some of us are forever plagued by mosquitoes and others seem rarely bothered.

You may also be undertaking other activities that increase your metabolic rate, such as the consumption of alcohol.

Another reason I can’t drink a beer? Why not?

Pregnant women, they say, also attract a disproportionately large number of mosquitoes. At least I don’t have that to worry about.

The researchers also found that natural body odors are important cues used by mosquitoes to attack. Some species of mosquitoes are attracted to specific components of foot odor—if they’re biting your feet, you know who you are.

Mosquitoes active during the day and at dawn and dusk also use visual signals to identify a host. Mosquitoes usually fly close to the ground. From this vantage point they view their potential hosts against the horizon. Dark colors stand out and light colors blend in, so the way a person is dressed may partly determine the number of mosquitoes they attract. (However, camo does no good in my experience turkey hunting in Florida’s Green Swamp—they find you big time.)

Mosquitoes can visually detect motion, as well, which is why if you walk close to a saltmarsh, a cloud of the little buggers comes out to meet you.

There are two solutions to the ‘skeeter problem. One is insect repellant heavy in DEET. While other types of enviro-friendly repellant do work for a walk around the neighborhood where there are only a few of them, if you get anywhere they’re really thick, only DEET keeps them at bay—the higher the concentration, the better.

The other cure is an amazing device called the Thermacell. I generally don’t believe in devices like this, having been suckered once too often my mouse-repelling sonic wave devices and so on, but this thing absolutely works in the most dire circumstances.

Thermacell is a portable repeller that really seems to work even in heavy concentrations of mosquitoes (Thermacell Image with permission).

There are few places on earth with mosquitoes more dense than a Florida swamp on a warm, windless morning, and yet I’ve sat down against a tree to call turkeys many times, cranked up the Thermacell between my legs and come away with virtually no bites at all. So long as you stay within a few feet downwind of the device, they won’t touch you. It’s amazing.

It doesn’t work if you’re on the move, and it doesn’t work for anyone that’s not within a few feet of the device. It also requires regular replacement of the skeeter chasing sticks, which are heated up by fuel cells, which also must be replaced regularly. The personal size is about $25; www.thermacell.com.

Meantime, I take solace in the fact that mosquito season is just about over for this year.