As we approach the end of our year of publishing, it’s time to take a look at something that’s been around for a little time – but we were slow to get – as well as something just being announced today.

The first is 22 LR ammo that’s ostensibly designed for the self-defense/personal protection market. Before looking at the ammo, let’s get the question of power out of the way: I make a deal with everyone who wants to discuss combat handguns and their loads. I don’t tell you what to carry and you don’t preach “stopping power,” caliber-commando and “which load is best” stuff to me.

The fact that someone thinks that 22 LR is okay for personal defense – for reasons of infirmity, age, timidity or “just because” – is okay by me.

I didn’t test this ammo, which has been out for a while, for velocity or in “Jello.” Nor did I shoot it through wet telephone directories (are those even a thing anymore?), ½” pine planks nor the nearest groundhog. I did shoot it through a gun that someone might carry for personal defense: a Smith & Wesson Model 43C. This is an eight-shot, 1 7/8” snub with a white “ball” for a front sight. The gun weighs in at 11.5 ounces. It’s some trick to hold it steady against its smooth and long ca. 9-pound trigger “roll.”

My objective is to see where the rounds hit relative to my point of aim. I selected ten yards as my distance as that pretty much covers the long end of the “most likely” distance the ammo would be used from such a gun. 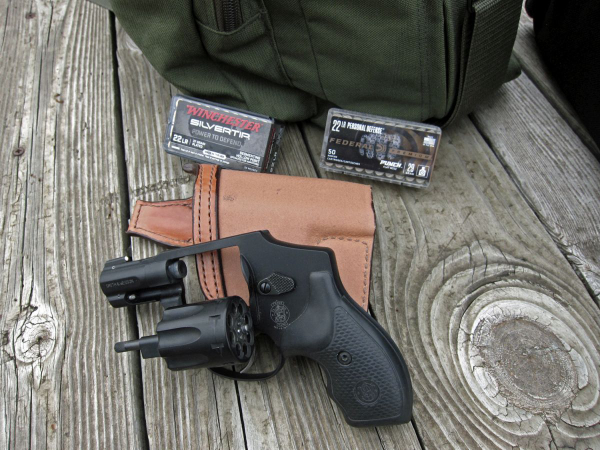 The first load, shipped by the manufacturer to me, was Punch 22 LR from Federal Premium. Featuring a 29-grain nickel-plated lead-core flat-point bullet in a nickel-plated brass case, the factory advertises a velocity of 1,070 FPS from a two-inch barrel.

The other load, purchased through retail channels, was the Winchester Silvertip Rimfire, W22LRST. This load has a 37 grain “segmenting” hollow-point bullet. Like the Federal offering, the Silvertip Rimfire is “optimized for short barrels” and has a plated bullet. The claim is that the slug will separate into four pieces on impact with the intact base of the bullet continuing on for deeper penetration.

With both loads, I fired five-shot groups. With each, I experienced a single low flyer. The Federal group, fired first, was more a vertical string while the Winchester load showed a more rounded four-shot group. I expect the single flyer phenomenon was shooter-induced and that the vertical string in the first Federal group was a matter of the shooter’s grip – not the load. 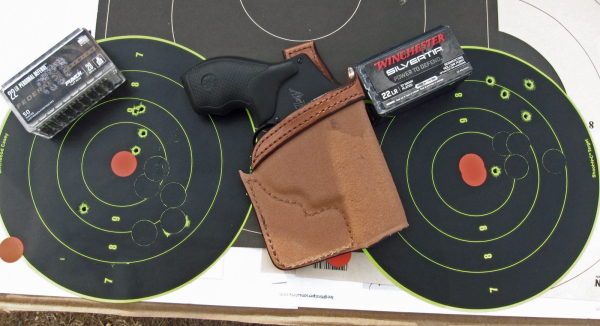 Still, I held the same place on each Birchwood Casey “Shoot-N-C” target. I held the XS Sights “ball” about ½ way out of the notch and perched the red dot at the center of the bullseye atop the front sight. The Federal Punch light-bullet load centered about 1 ¼” high and the Winchester Silvertip hit 2” high.

I measured the best four of the Federal group at 1 ¼”; the Winchester “best four” was a 1 ½” group – not enough difference to be relevant. The rounds “felt” distinctly different when fired, but had I pattern-loaded the revolver with alternating loads and engaged in a fight, I doubt I’d be able to tell the difference. 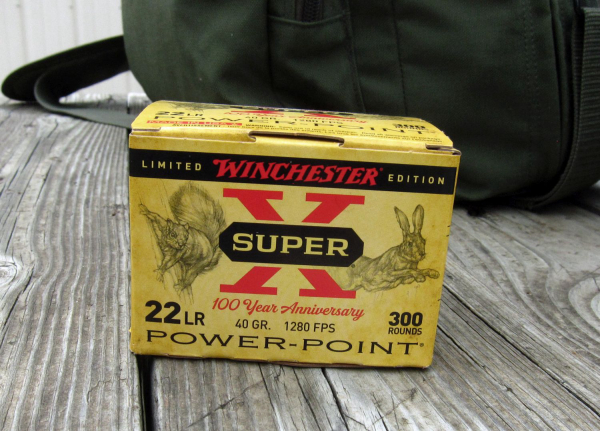 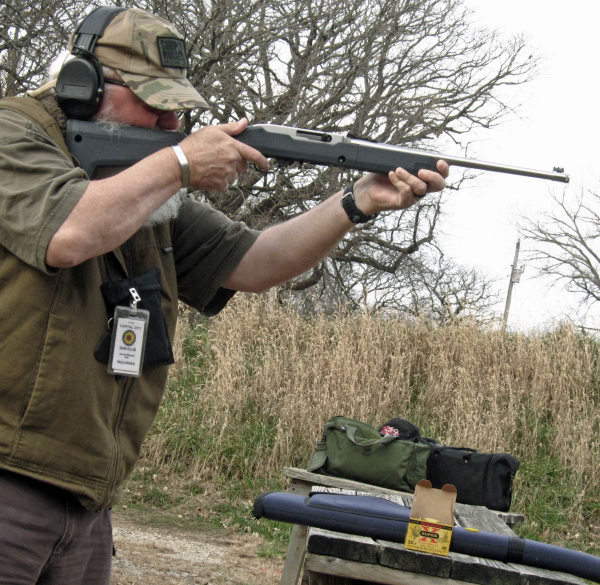 While I was about it, I had a box of the Winchester “Super-X” ammo in the Power Point 22 LR format. The ammo was in a 300-pack “limited edition” box commemorating 100 years of the Super-X brand. As it was available at a local retailer, I bought it.

Firing it out of a Ruger 10/22 Takedown “Backpacker” model, I shot it at fifty yards and at fifteen yards. The load hit the center on an NRA B-8 at both distances. 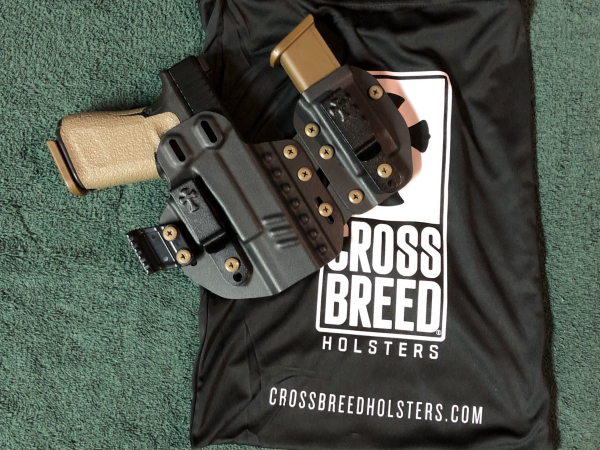 A few weeks ago, a package arrived from the Springfield Mo. area. Inside was a black cloth bag containing a holster that was completely uncharacteristic for CrossBreed Holsters: the Rogue.

Announced in today’s wire, the Rogue system consists of a two-piece Kydex shell, precision-molded, with a smooth side to go against the body. The rig can be configured for carry up front, at the side or cross-draw.

It’s called a system because it ships with a Kydex mag pouch attached to the holster via a flexible plastic band. The rig was shipped with the clips from the firm’s Reckoning holster, but it can accept Ulticlip, Monobloc, IWB snap loops – or OWB loops.

Now the mag pouch can be separated and worn elsewhere and two plastic attachments are included to allow the user to choose between vertical and forward cant options for the spare magazine.

The holster that was shipped is configured for the GLOCK 19. I put my Gen5 in it, along with a spare magazine and put the holster up front. While I’d likely have to change the orientation of the mag pouch, it was nearly perfect for me as shipped. The attached CB Concealment Claw, also from the Reckoning holster, helped the rig disappear under my tee-shirt.

That bodes well. This has the potential to be a superb holster system with enough flexibility to work across a range of body styles.