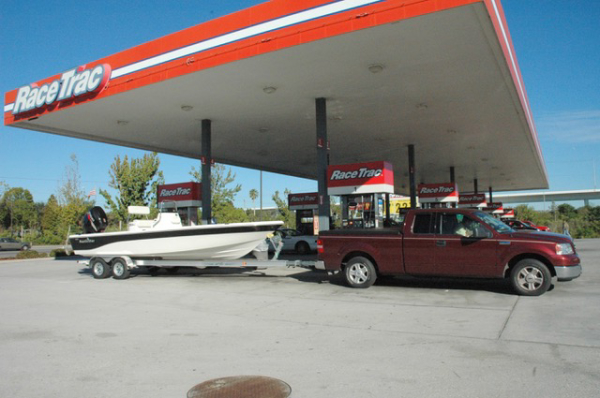 There’s no question that putting 20 gallons of gas in the SUV is a lot more of an adventure than it used to be—it’s now a hundred bucks if you live in one of the states where gas is still “cheap”!

But when it comes to pulling up to a pump at the marina, where gas prices have always been well above those at landside filling stations, is a real test of your desire to go fishing or boating. A full-sized bass boat typically has a tank holding around 50 gallons—times at least 5 bucks and that’s $250, to as much as $500 in California! 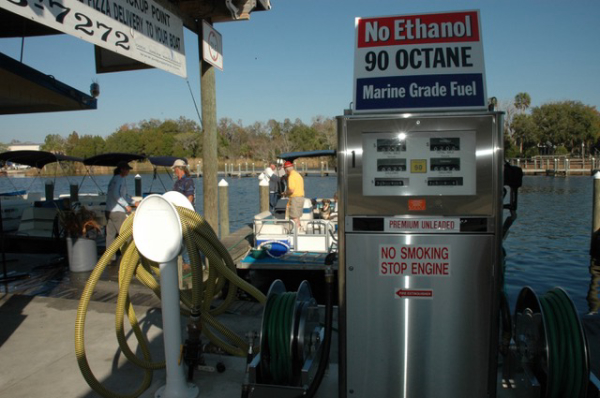 To say nothing of those who run offshore boats where twin outboards and a pair of 100 gallon tanks are common—a thousand bucks worth of gas to go anywhere offshore can give even those who are doing very well in life heartburn.

Of course, those who own the really big boats with thousand gallon tanks have never had to worry about the cost of gas and they won’t now, either. But for the rest of us, the prices are sure to put a serious kink in our fishing and boating the rest of this year, at the very least.

So learning to make the most of those expensive petrol supplies makes sense now more than ever in recent years.

Where you set your throttle makes a huge difference, and cutting back on the power is the single easiest way to save on fuel costs.

For years I did fuel consumption tests on powerboats from 18 to 45 feet long for a well-known boating publication, and some of the results are instructive.

A 19’ Ranger with a 225 four-stroke Mercury outboard typically gets around 4.2 mpg at 4500 rpm, where the boat is running a little under 47 mph—plenty fast to get you where you want to go most of the time. That 4500 rpm range is the sweet spot for most modern 4-stroke outboards, where they have the best combination of speed and fuel consumption.

The same results are seen on just about every powerboat, though the difference in fuel consumption can be huge if you’re feeding, say, a single 90 versus four 350’s.

While throttling back is probably the biggest change you can make to save fuel, there are other factors that can also help.

A prop of the right pitch is also important—one that’s low enough to get you out of the hole quickly, but not so low that it causes over-revving the engine at full throttle. Most large modern four-strokes are redlined around 6000-6200 rpm. (Again, you don’t want to run the boat at full throttle as a regular thing if you’re interested at all in saving fuel dollars, but wringing it out to check for the right pitch on your prop early on will be instructive.)

The best prop for your boat and typical loading will be one that pops the boat on plane quickly and pushes it rapidly to the best cruise, typically that 4500-rpm sweet spot where your fuel dollar stretches farthest.

The number of blades on the prop is not a big factor in fuel economy unless you have a heavy boat that is hard to get on plane and tends to plow—a four-blade will generally plane these boats more quickly and keep them on top better, so will give some fuel efficiency advantage at low and mid-ranges over most three-blade props. (The new Sharrow continuous-blade props seem to offer significantly better fuel economy than any type of conventional propeller, but they are presently so expensive that they’re not a consideration for most of us.)

Also, make sure your prop is clean and undamaged. Bent blades or chunks out of the edges cut efficiency, and that reduces the distance your boat travels on a fillup, to say nothing of causing vibration in the drive line that will eventually damage seals and bearings.

Clean Up Your Act

Last, keep your boat’s bottom clean. This can be a big factor if you store you boat in the water.

In fresh water, algae and zebra mussels are likely to build up, while in saltwater, barnacles are the most likely hitchhikers. In either case, they add drag when the boat is under power, and in extreme cases also add a lot of weight.

Keep your hull scrubbed clean, or use anti-fouling paint, if you stow your boat in a wet slip. Of course, getting rid of zebra and quagga mussels via the clean, drain and dry mantra is also important if you move your boat between watersheds, because these invasive critters often hitch-hike to new waters on dirty hulls.

Bottom line is there’s no cure for pain at the pump until petroleum-based fuels again become a lot more affordable—or until some miracle breakthrough comes along in electrical power for boats giving a huge increase in range and a huge reduction in battery weight. But you can cut back the cost of fishing and boating considerably by being smart about operation and maintenance.